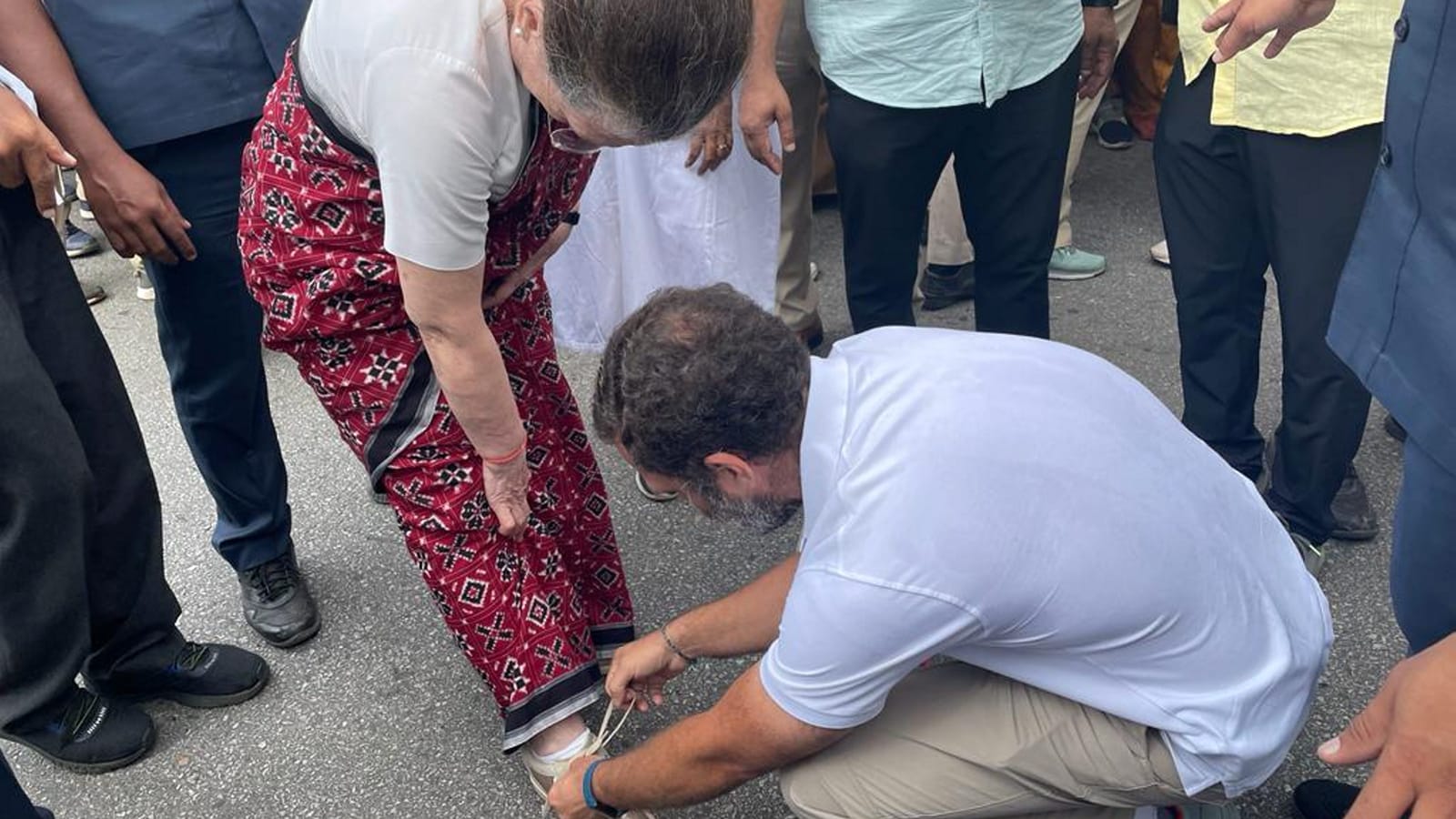 The son bending to tie his mother’s shoelaces and every now and then putting a protective arm around her as they walked… those were the vignettes captured on camera and in the memories of many Congress workers as party chief Sonia Gandhi joined Rahul and others for the Bharat Jodo Yatra on Thursday.

Amid cheers and slogan-shouting by party workers, Sonia Gandhi walked besides her son Rahul Gandhi and other leaders for a few kilometres in Karnataka’s Mandya district. And there were several Kodak moments.

“We have weathered many a storm and will overcome all challenges. Together we will unite India,” Rahul Gandhi said in a tweet in Hindi and posted a photograph of him walking with his mother, his arm around her.

The Congress also posted a picture of mother and son.

“Those shielded by love fear nothing! On the road, marching ahead,” it said on Twitter.

Another post from the party simply said “Ma” with a heart and the photograph of Rahul Gandhi tying Sonia Gandhi’s shoelaces.

The picture prompted Congress leader Shashi Tharoor to put out a post in Hindi, which said, “There are blessings even when she breathes, no one can replace a mother as mothers are mothers.”

Sonia Gandhi, 75, joined the Bharat Jodo Yatra on the 27th day here and walked for around half an hour. She was scheduled to walk for a short distance but went on for longer and refused to turn back.

She was scheduled to return to Delhi in the afternoon but has decided to stay back, party insiders said.

This is the first time Sonia Gandhi has joined a public event after recovering from COVID-19 earlier this year. She had last participated in a roadshow in Varanasi in August 2016 where she sustained a shoulder injury and later underwent a surgery.