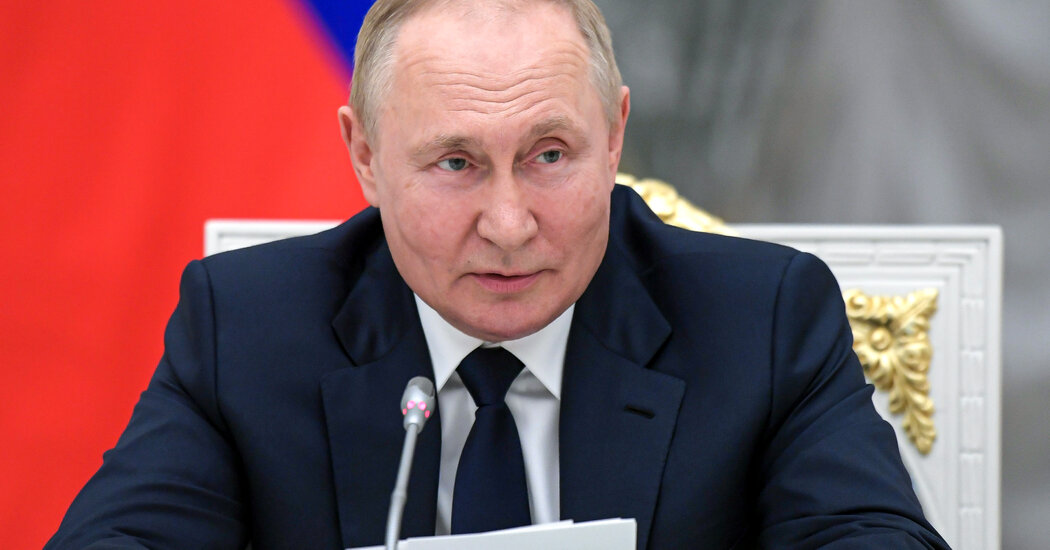 President Vladimir V. Putin of Russia will visit Iran next week, the Kremlin said on Tuesday, as U.S. officials warn of increasing military cooperation between the two nations amid Russia’s war in Ukraine.

President Biden’s national security adviser said on Monday that Russia was seeking hundreds of surveillance drones from Iran, including those capable of firing missiles, to use in Ukraine.

The official, Jake Sullivan, said that it was unclear whether Iran had already sent any of the remotely piloted systems to Russia, but that the United States had information that indicated Iran was preparing to train Russian troops to use them as soon as this month.

“Our information indicates that the Iranian government is preparing to provide Russia with up to several hundred U.A.V.s, including weapons-capable U.A.V.s on an expedited timeline,” Mr. Sullivan told reporters at the White House, referring to unmanned aerial vehicles.

The visit to Iran would be only the second international trip made by Mr. Putin since he invaded Ukraine in February. Last month, he visited Tajikistan and Turkmenistan, two Central Asian states where the Kremlin has been eager to preserve its influence as it is increasingly isolated economically and politically from the West.

Russia’s monthslong bombardment of Ukraine has exhausted Russia of many of its precision-guided weapons, and Mr. Sullivan, in saying that war was “coming at a cost to the sustainment of its own weapons,” seemed to suggest that the Kremlin was, or soon would be, running short on armed surveillance drones.

The timing of Mr. Sullivan’s comments about what presumably had been classified intelligence was also curious, coming almost as an aside at the end of a briefing to preview Mr. Biden’s trip this week to Israel and Saudi Arabia, where Iran’s nuclear program and malign activities in the region will be a key subject of discussion.

Iran has supplied drone and missile technology to Houthi rebels in Yemen, who have attacked Saudi Arabia and the United Arab Emirates, as well as to Shia militants in Iraq, who have carried out drone strikes against American troops there.

But Mr. Sullivan’s comments about any imminent transfer of Iranian drones to Russia to use in Ukraine caught several senior U.S. national security officials by surprise on Monday.

The Biden administration is trying to slow Russian weapons manufacturing by denying it components made with Western technology. Gina M. Raimondo, the commerce secretary, said last month that American and international controls had lowered exports to Russia of semiconductors and computer chips by 90 percent.

Bhutan Opens For Tourists After 2 Years, Rs1,200 Per Day Fee For Indians