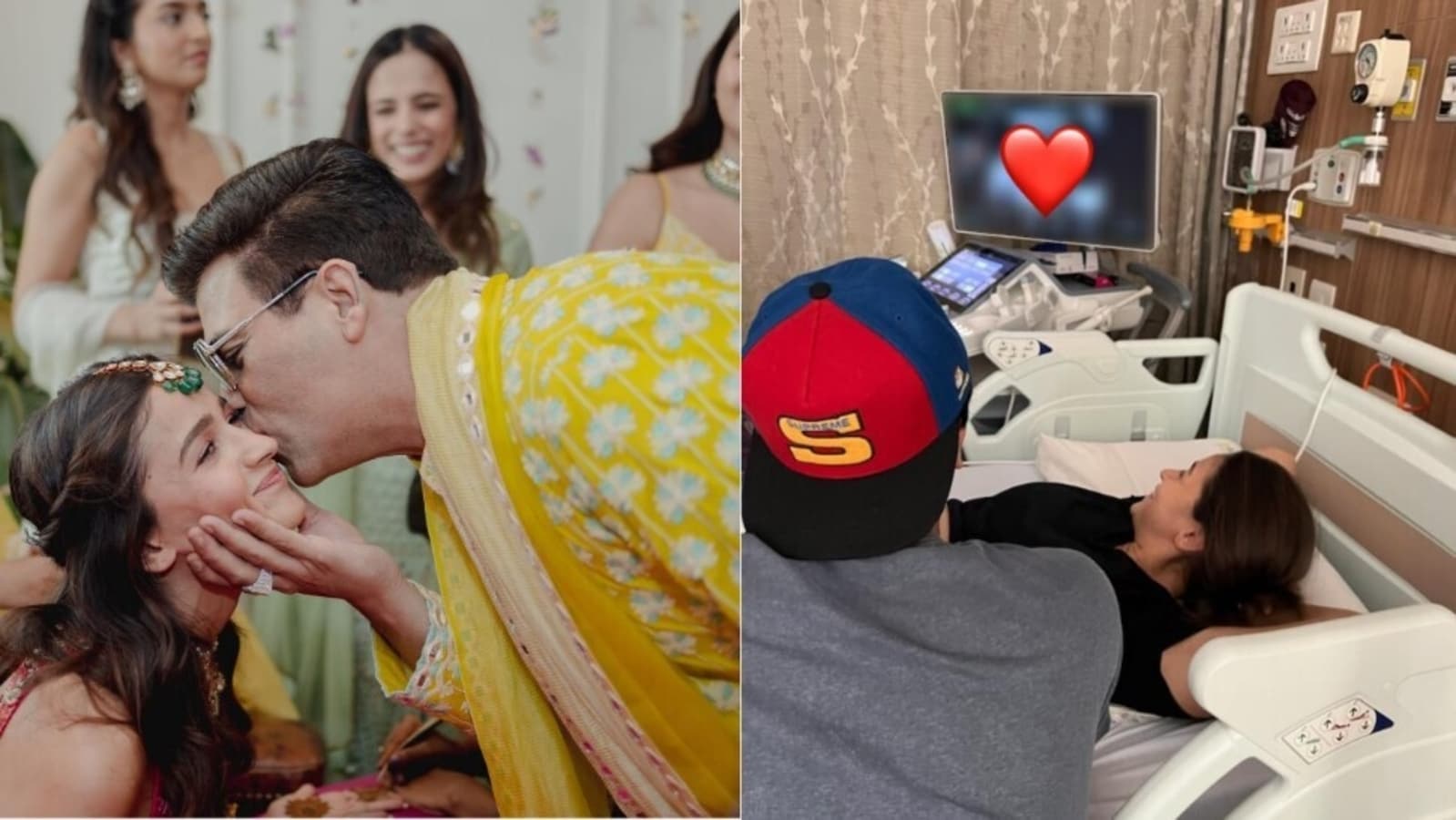 Filmmaker Karan Johar has revealed that he cried when actor Alia Bhatt told him that she was pregnant. In a new interview, Karan said that Alia had come to his office and after he broke down she gave him a hug. Karan also spoke about how his ‘first burst of parenting was actually’ with Alia Bhatt. He also said that he ‘can’t wait to hold’ Alia’s baby in his arms.

Last month, Alia announced on Instagram that she and her husband-actor Ranbir Kapoor are all set to embrace parenthood. “Our baby ….. coming soon,” Alia wrote on Instagram, adding a picture from her ultrasound appointment. She also posted a picture which featured two lions and a lion cub. Reacting to the post, Karan commented, “Heart is bursting (red heart emojis).”

In an interview with Times of India, Karan said, “I cried. She came to my office. I remember I was having a bad hair day and I was sitting in a hoodie with cap. And she told me this. And my first emotion was that tears just came out and she came and gave me a hug. I was like I can’t believe you are having a baby. It was like your baby is having a baby. It was a very emotional moment for me, it still is!”

He also added, “I’ve seen her from a girl transforming into an outstanding artiste, into this wonderful self-assured woman. And I feel so much pride. Because really, she was my first burst of being a parent. My first burst of parenting was actually with her and she walked into my office when she was 17. She’s 29 today and these last 12 years have been magical for both of us because I share such a strong bond with her. I can’t wait to hold her baby in my arms. It will be a very emotional moment, as close to when I held my own children.”